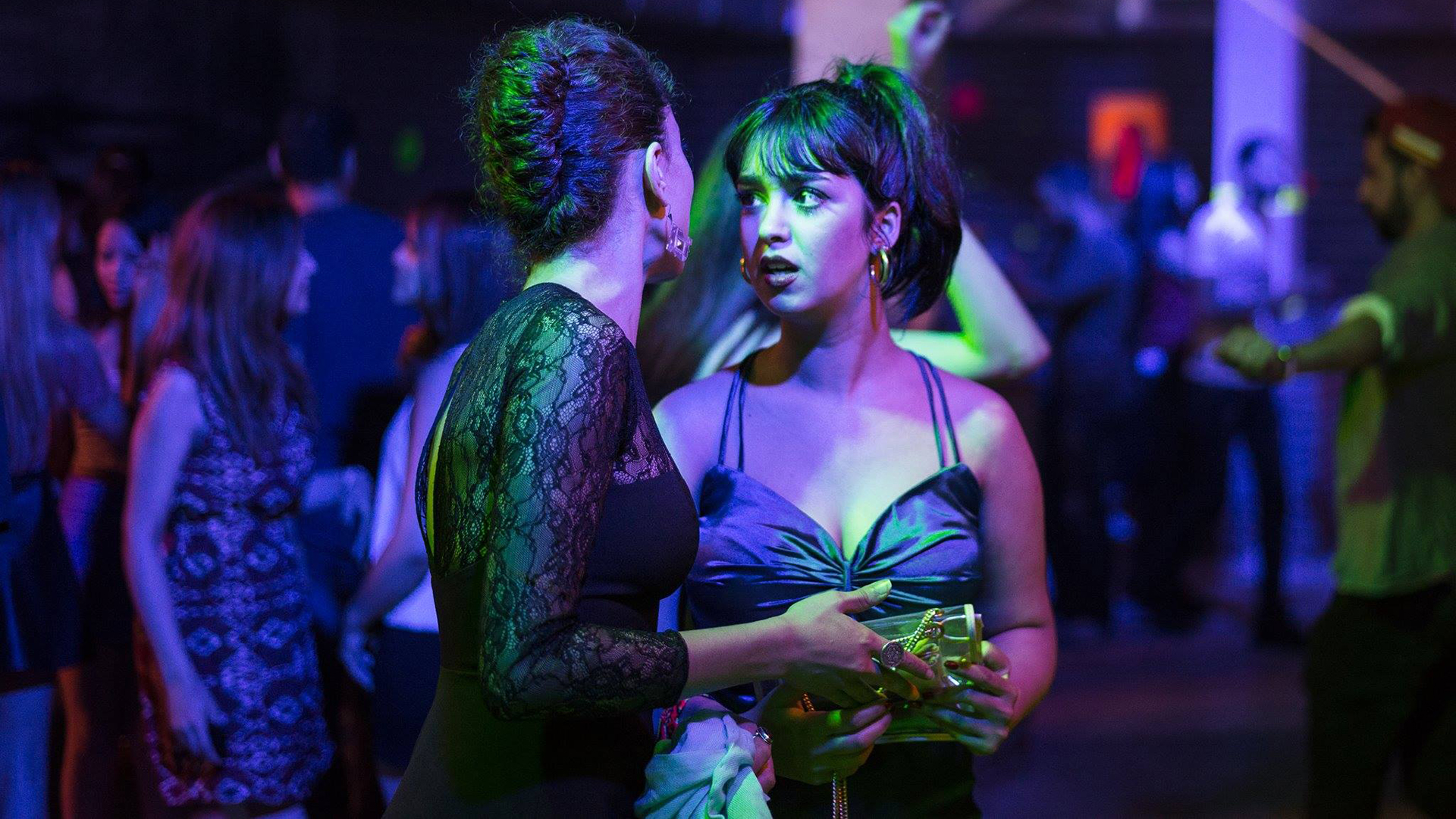 First noticed at ACID 2014 in Cannes with Le Challat de Tunis (Challat Tunes)  Kaouther Ben Hania has completed her second feature film, Aala Kaf Ifrit (Beauty and the Dogs), presented in Un Certain Regard. In a post-revolution atmosphere, the film retraces the journey of a young woman who was raped and fights relentlessly to obtain justice.

Where did you get the idea to produce this film ?

My film is loosely inspired by a news item that shook Tunisia in 2012. It told of a young woman who was raped by those supposed to protect her, the police, and she decided to do whatever it took to see charges pressed against them. Despite the harassment, pressure and accusations she endured, she finally won her case. I was left in awe of this woman who rose up against police violence and converted herself into a heroine of modern times. She represents the democratic transition that is taking shape in Tunisia. The country needs people like her, who fight for their rights and force the system to adjust in order to make room for a budding democracy. Nevertheless, the intrigue goes beyond the historical context of Tunisia since I wanted the theme of my film to be universal.

Could you describe the atmosphere that surrounded the filming?

The film is composed of nine sequence shots. This required great precision in order to obtain ten, sometimes fifteen minutes of uninterrupted shooting during which everything had to work. Adrenaline is the word I would choose to describe the atmosphere while filming. No one had the right to make a mistake since the slightest error, hesitation or technical glitch meant starting all over again from the beginning.

What is your take on Tunisian cinema?

Since the revolution, Tunisia has been a country under construction. It's a young democracy, where freedom of expression is practiced daily. This freedom has allowed a new generation of directors to emerge who dare to create films with great originality, as shown by their recent presence at the major festivals. However, there's still much work to be done at the political and legal levels to support this bubbling excitement and finance these talented individuals to create true continuity in Tunisian film production, which is very modest in terms of the number of films.

Can you tell us about your next project?

I'm in the process of developing a feature film entitled "L'homme qui avait vendu sa peau." The film tells the story of Sam Ali, a Syrian refugee in Beirut who accepts an offer from a famous American contemporary artist. He thus goes from the status of being and undocumented immigrant to that of an internationally coveted work of art, which allows him to travel freely. From the hell of the Islamic State to the Louvre and New York Galleries, Sam Ali travels the world while trying to free himself from this trap in order to win back the esteem of the woman he loves. The film is a fragmented and polyphonic tale that mixes several styles and materials. It's an ambitious project that needs financing in order to be realized.