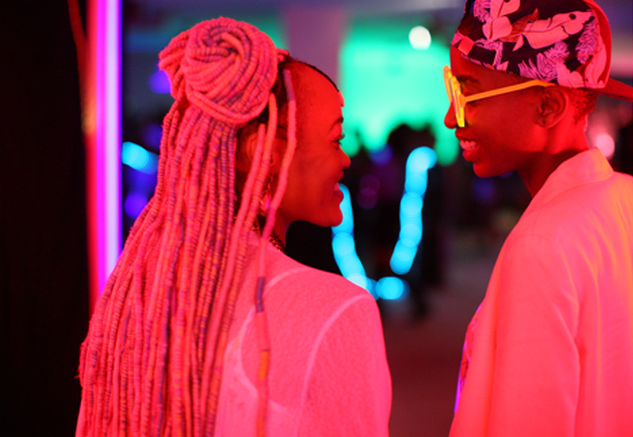 This year’s Cannes Film Festival will offer up at least one bonafide history-maker amongst its ranks: Wanuri Kahiu’s “Rafiki” (also known as “Friend”), which marks the very first Kenyan feature film to debut at the festival. The film will debut in the Un Certain Regard section, where Kahiu’s film will likely fit in quite nicely alongside a slew of other forward-thinking (many of them also female-helmed) features. And it’s not just its country of origin that will likely make some waves at the festival, it also packs a plot that speaks to the wide range of films that are often bolstered by an Un Certain Regard berth.

On the film's website, it’s billed as a love story between its female leads. Per the official synopsis, “Kena and Ziki long for something more. Despite the political rivalry between their families, the girls resist and remain close friends, supporting each other to pursue their dreams in a conservative society. When love blossoms between them, the two girls will be forced to choose between happiness and safety.”

Kahiu notes on the film’s site that “Rafiki” was inspired by the 2007 Caine Prize winner, Monica Arac de Nyeko’s “Jambula Tree,” which chronicled a story of two girls in love in Uganda. The filmmaker added that “making a film about two women in love set in Kenya, means challenging deep rooted cynicism about same sex relationships among actors, crew, friends, and family.”

The Kenyan filmmaker also added that her film is “a story about all that is good and difficult about being in love, so that for those fortunate moments we are lifted above our prejudices.”

The film is Kahiu’s second feature film, following her 2009 drama “From a Whisper.” Her 2010 sci-fi short “Pumzi” screened at Sundance in 2010. Check out IndieWire’s exclusive trailer for “Rafiki” below.