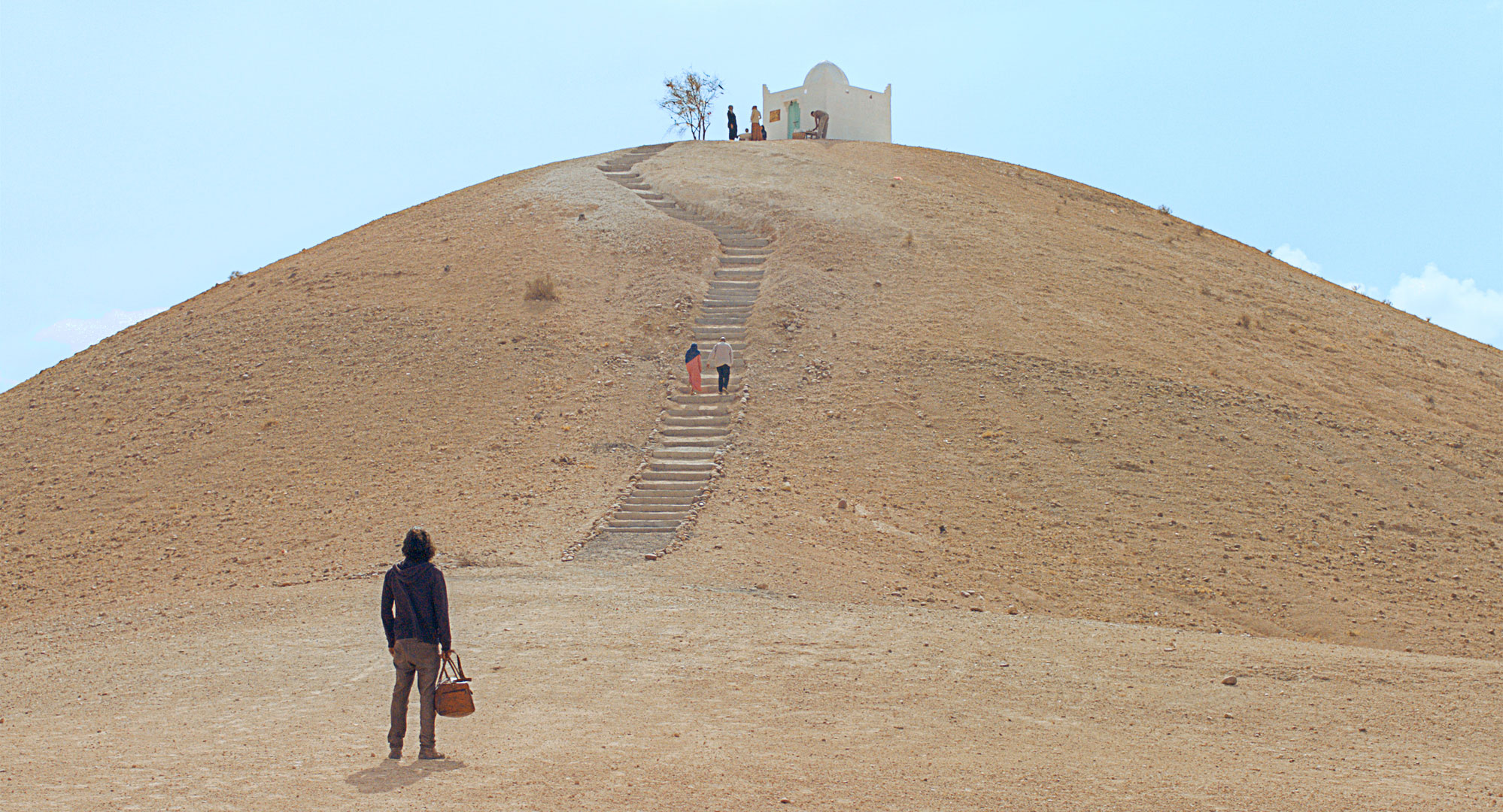 A droll, entertaining, absurdist fable about spirituality and greed.

Beautifully shot and ideally cast, debuting Moroccan writer-director Alaa Eddine Aljem’s “The Unknown Saint” is a droll, entertaining, absurdist fable about spirituality and greed that signals an important new talent. The events unfold near a derelict desert village, where, in a pre-title prologue, a thief buries a bag of loot on top of a hill, disguising the spot as a grave. Years later, when he returns to retrieve his booty, he is astonished and frustrated to find that a mausoleum honoring an “unknown saint” credited with performing healing miracles now covers the site. Moreover, a new village has sprung up nearby to service the pilgrims that the shrine attracts. Aljem manages to reap much fresh humor from this situation and a spritely cast of eccentric characters.

The story of the stymied thief (Younes Bouab) and his former accomplice, the sarcastically-styled Ahmed the Brain (the towering Salah Bensalah, particularly fine), plays out in parallel to, and overlaps with, that of the locals. There’s the mausoleum guard (Abdelghani Kitab), a widower who prefers his lively German shepherd watchdog (surely a strong, early competitor for the “Palme Dog”) to his own young son; the newly arrived and soon bored doctor (Anas El Baz) and his sly, paracetamol-dispensing assistant (Hassan Ben Bdida); the dextrous barber-cum-dentist (Ahmed Yarziz), who literally finds a new niche for his sideline in teeth crafting; and from the nearly empty neighboring village, failing farmer Brahim (Mohamed Naimane) and his dutiful adult son Hassan (Bouchaib Essamak), whose narrative line feels a bit anemic early on. It must be noted that the universe Aljem crafts is a strongly male one, with the speaking roles for women limited to the doctor’s elderly, time-wasting patients. And it’s a place where credulity and rumor take precedence over science and sensibility.

As the thief and Ahmed seek ways to enter the shrine, they are continually foiled by the guard or various ceremonies and pilgrimages. Meanwhile, it eventually becomes clear that there are others besides the thief who would like to destroy the mausoleum.

Aljem, whose 2015 short “Desert Fish” nabbed multiple festival awards, trained at ESAV Marrakech and INSAS in Brussels, earning prizes and various workshopping opportunities (via Cannes and the Sundance Institute, among others) over the course of its development. In addition to commenting on issues of faith and money, the multi-layered screenplay also addresses themes of modernity vs. tradition, not only with the new and old villages, but with the road builders and their dynamite, who work to link the area to the rest of the country.

Although the characters are minimally fleshed-out archetypes (the thief, the barber, the doctor, etc.) rather than fully developed characters with backstories and narrative arcs, the performances from a mix of pros and non-pros are stylized in such a way that they succeed in providing the film’s gently satirical, burlesque tone. Much of the humor comes from visual appearances and physical gestures, à la Aki Kaurismaki or Aljem’s compatriot Faouzi Bensaidi in “WWW: What A Wonderful World.”

While “The Unknown Saint,” is certainly beguiling festival fare, the chief criticism is that it is perhaps a tad too slowly paced to sustain its low-key action throughout. And theatrical buyers might prefer something with a little more narrative meat on its bones. Still, the tech package is impeccable, with standout contributions from DP Amine Berrada, who captures the dusky hues of this rocky, dusty place, and composer Amine Bouhafa, whose flavorful score is used only sparingly.